A New Approach to the Analysis of Tactical Voting 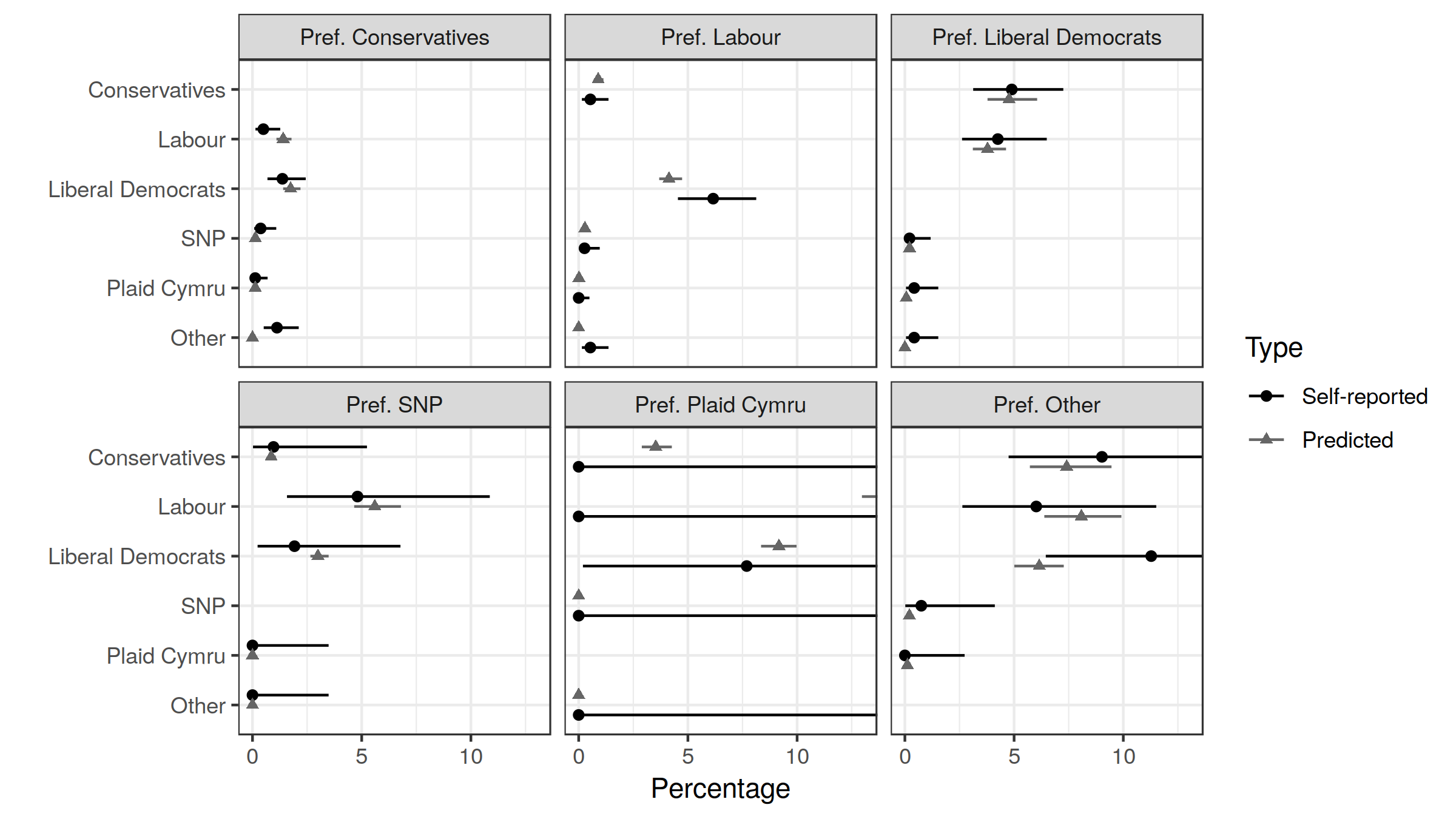 Figure 4: The diagram shows tactical votes by preferred party, reconstructed with stated-reasons method (voters are asked about whether they voted tactically and what party they “really” preferred) and with the method proposed in the paper.¶

Elff, Martin. 2019. “Consideration Sets and Finite Mixtures: A New Approach to the Analysis of Strategic Voting”. Last presented at the First Annual Conference of the Political Methodology Group of the Political Studies Association, 27. Juni 2016, University College London, last submitted to a journal summer 2019.

Voters’ propensities to vote tactically is the main component of what Duverger calls the “psychological effect” of electoral systems. Electoral research has therefore given considerable attention to the amount of tactical voting and its consequences for electoral results. Despite the importance of the topic, research on tactical voting has not yet reached a consensus on how to measure it. The present paper proposes a finite-mixture discrete-choice model for the reconstruction of voting calculi, which makes possible to explicitly specify the calculi of different voting types and to derive individuals’ posterior probabilities to have used any of these. It is further shown how maximum marginal likelihood estimates of the model parameters can be computed via an expectation-maximization (EM) algorithm. The model is applied to the case of the 2010 UK general election. It is shown that the proportion of tactical votes reconstructed from constituency data and observed choices is close the proportion of tactical votes reconstructed from voters’ stated motives. The paper also briefly discusses the application of the model to ticket-splitting in mixed electoral systems.

Campaign Dynamics and Mixed Incentives for Strategic Voting:The Case of the UK Parliamentary Elections of 2010
Strategic Voting and Ticket-Splitting in Mixed Electoral Systems: A Finite-Mixture Approach Applied to the Case of Germany