A paper entitled Separating Tactical from Sincere Voting: A Finite-Mixture Discrete-Choice Modelling Approach was presented at the Annual Conference of the Midwest Political Science Association 2014 in Chicago, Ill. It presents a novel approach to uncover tactical voting from responses in electoral survey studies. The basic idea is that the distribution of observed voting decisions is a finite mixture of non-tactical (aka sincere) and tactical voting decisions, where tactical voting decisions are characterised by choosing - in stead of the full choice set - from a restricted consideration set. This restricted consideration set then contains only those alternatives (e.g. parties’ candidates) that are considered viable by the voter in her respective constituency or voting district. 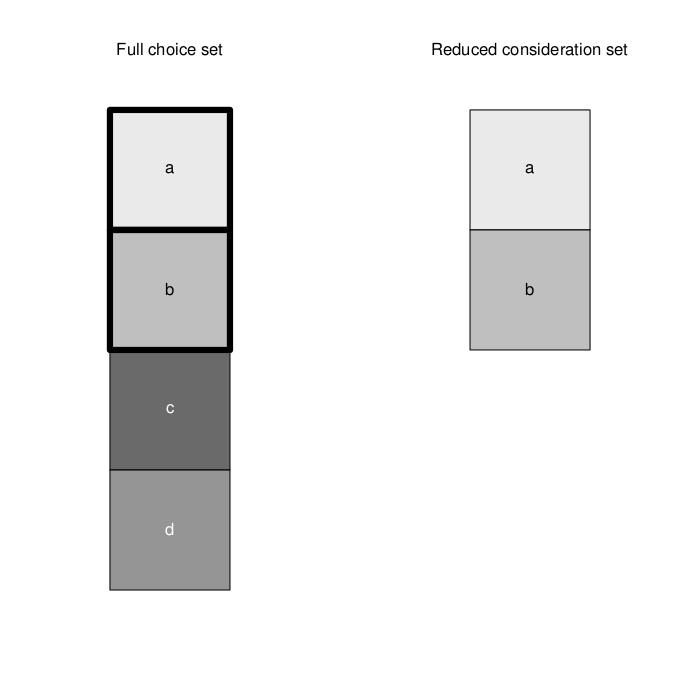 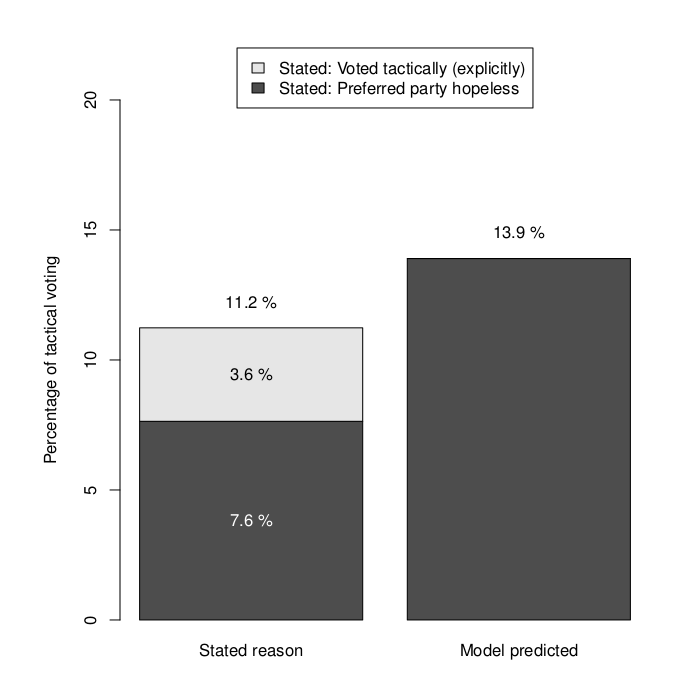 The estimated prevalence of tactical voting in the 2010 general election to the UK house of commons - a comparison of the result obtained from respondents’ stated reasons of their vote and predicted with the method proposed in the paper.¶

Furthermore, there is a positive (if not perfect) relation between the posterior probability of a voter to have voted tactically (as computed with the proposed method) and her statement to have voted tactically. While it may be to much to expect an exact match, should expect a relation (such as found in the paper) between the two methods (the proposed one and the traditional stated-motivation-based method) to be confident that the proposed method is valid. 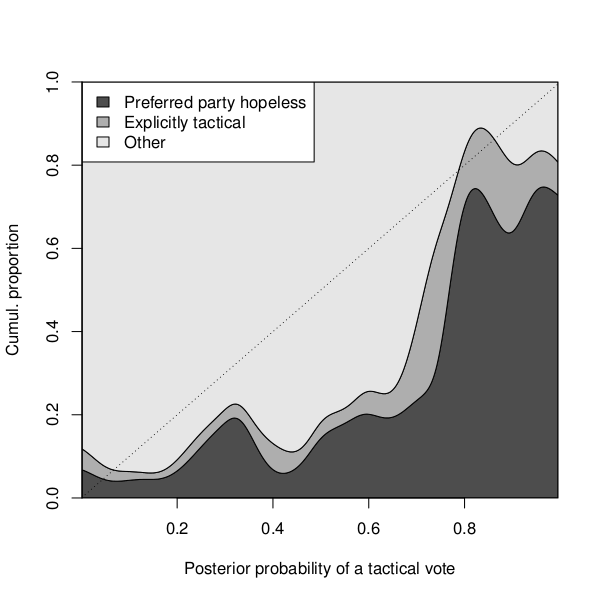 A conditional density plot of the proportions of respondents’ stated reasons for their vote and the posterior probability to have voted tactically.¶