Below you find a collection of news announcements about my research and software. Most of the dates of the posts are the dates when they were published. Some of the dates are ficticious however, in so far as they do not indicate the date when I put them on my website but rather the date when the relevant presentation was made or the paper was published.

My new book “Data Management in R: A Guide for Social Scientists” is now in print and is announced by SAGE to appear on 26 December 2020, right on time for Boxing Day!

Supporting material can be found on the page “Data Management in R: A Guide for Social Scientists”.

A “normalizing” re-alignment of voting behaviour in East Germany?

I am currently working on a book chapter about “Sozialstruktur und Wahlverhalten in Ost- und Westdeutschland – Konvergenz, Divergenz oder Persistenz?” (Social Structure and Voting Behaviour in East and West Germany – Convergence, Divergence, or Persistence?). In this context I found the remarkable result shown in the following figure. 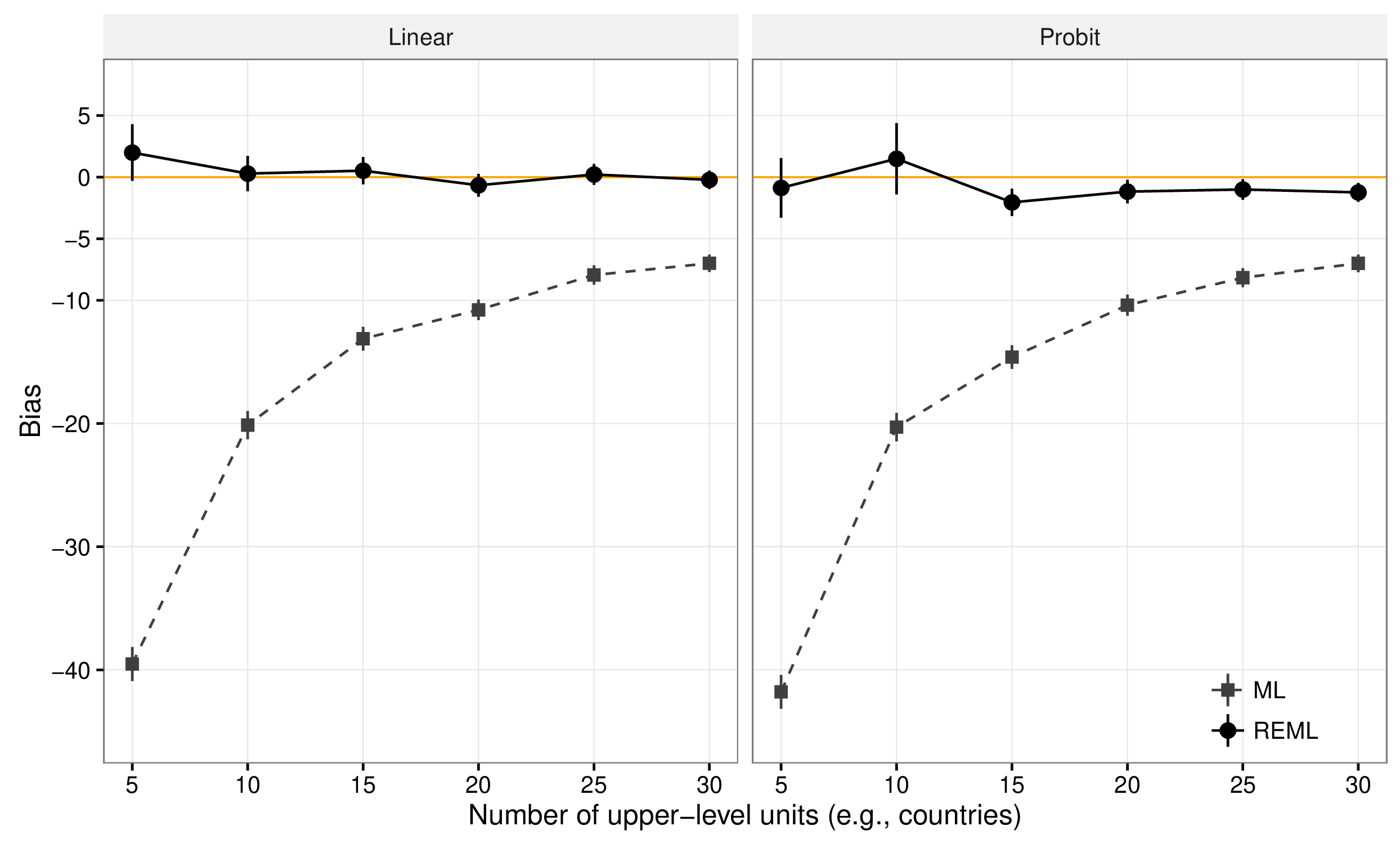 Release 0.99.20.1. has been published on CRAN. It improves the way the package interoperates with RStudio and “tidyverse”. In particular:

A function view() provides a generic interface to the GUI function View() in base R and RStudio. It makes it possible to extend it to data objects of the classes “data.set”, “codeplan”, “descriptions”, and “importer”.

A method for “data.set” objects allows to transfer these objects more easiliy into the “tidyverse”, i.e. facilitates the use of functions from these package ecosystem on data sets imported or created with memisc. An as_haven() function translates “data.set” objects into “tibbles” with that extra information that the “haven” package adds to “tibbles” imported with the help of that package. This should allow to view and post-process data imported with memisc more or less the same way as if the data were imported with “haven”. 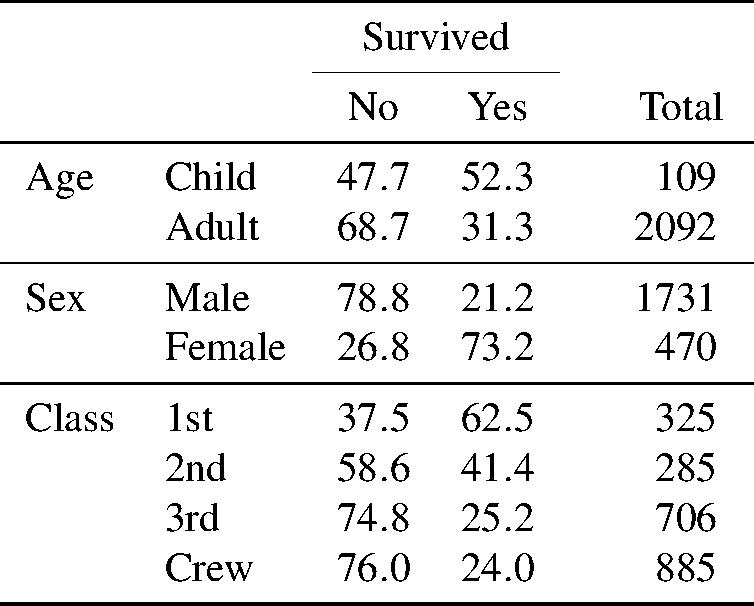 A new release 0.99.17.1 of my package memisc has been published on CRAN. The new release has the following improvements:

mtable() results now include a legend for significance symbols.

A codeplan() function creates a data frame that describes the structure of an "importer" or "data.set" object. Such “codeplans” can be used to copy the “item structure” or code plan from one object to another.

Measuring Democracy: How indices are affected by their institutional origins 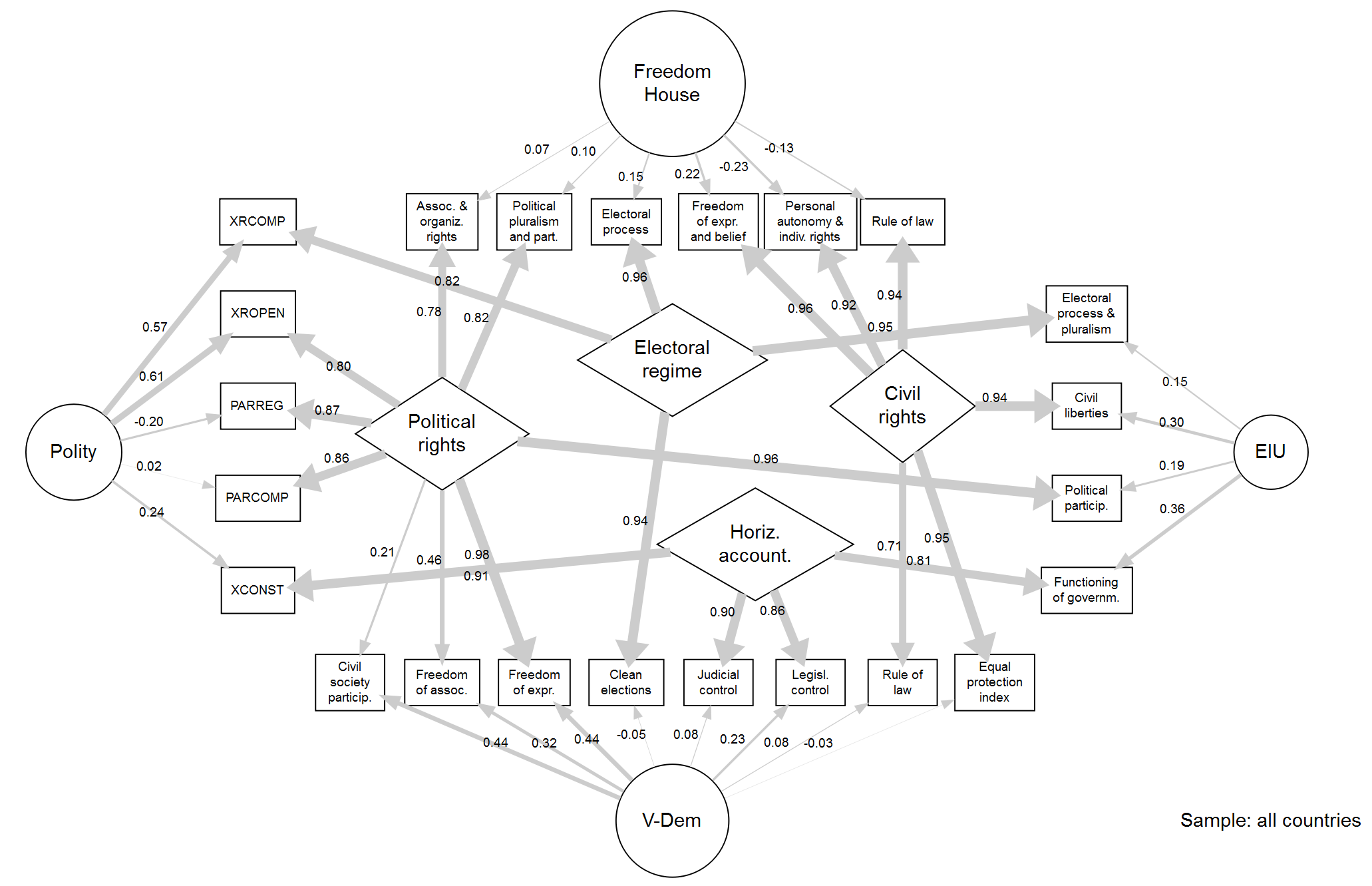 An article entitled “Method Factors in Democracy Indicators” just has appeared in Politics and Governance. It analyses the degree to which democracy indicators are influenced by the orginisation that created them. It shows that the origin of indicators in particular affects the detection of change in regimes.